Skip to primary navigation Skip to content Skip to footer

Loganville, GA is the crossroads of Walton and Gwinnett Counties

Loganville, GA is a unique city that is actually in both Walton and Gwinnett Counties.  This beautiful, suburban to rural city is home to over 10,000 people, and despite the quaint, country feel, is actually home to most of the major restaurant and business chains.

Loganville was incorporated in 1887 and was originally called “Buncombe”, but was finally named Loganville after James Harvie Logan, an early settler of the area.

Points Of Interest In Loganville

The Dukes of Hazard Farm – The Duke farm, or what’s left of it, is located at 2201 Lenora Rd near Loganville. The house was build around a civil war cabin. When the outer rooms were torn down they discovered the civil war cabin. Demolition work was stopped and the cabin stayed there for years. But eventually time and weather elements took their toll and the cabin had to be torn down in 2011 due to risk of collapse.

Vines Botanical Gardens – Located at 3500 Oak Grove Road in Loganville, the botanical gardens are free to visit, and contain a variety of sites, including, perennials, annuals, a display garden, water garden, garden railroad, and a rose garden, as well as an arboretum, Swan Lake (3.5 acres), fountains, Koi pond, and the Manor House. The property also contains a restaurant, and special events rooms.

Bay Creek Park – This large park has a number of great walking trails, many of which are passed, for easy walking.  There are also large fields and play areas to keep the fun rolling.

Sparky’s Machines Auto Museum – Located at 1209 Nathan Blvd in Loganville, this museum of automotive history, has a wide collection of cars on display.  From early 1900s cruisers to mid-century muscle cars, Sparky’s will keep you nostalgic for those classic pieces of automotive wonder

Corn Dawgs Corn Maze – The Southeast’s LARGEST Corn Maze, featuring more activities than any other maze in the region.

Loganville, despite it’s small size, and modest population, has a long history of cultural references, and a variety of athletes and celebrities that have called it home.

As mentioned above, The Duke Farm, from the Dukes of Hazard is located in Loganville.  But here are some more cultural references.

Kyle Martin Chandler, an actor who made his screen acting debut in a 1988 television film, Chandler’s first regular television role was in the ABC drama Homefront.  This was followed by the lead role of Gary Hobson in the CBS series Early Edition.

Jonathan Thomas Langston, a country musician is also from Loganville, Georgia. He released an extended play, Showtime, with Treehouse Records, in 2015. This was his breakthrough release upon the Billboard magazine charts. 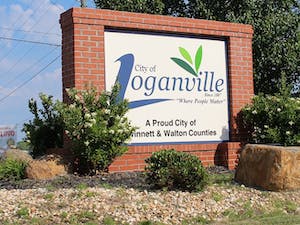 Loganville is a city in Walton and Gwinnett counties, Georgia, United States. 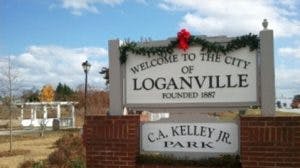 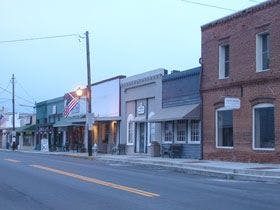 Escape Plan Georgia is proud to serve the city of Loganville with our Escape Room Games!